The latest ad in LCI’s Heroes campaign launched this July in B2B publications across Louisiana. The campaign casts LCI agents as the heroes in a series of illustrated comic book storylines. The Cerberus team worked with Derec Donovan, of Marvel and DC Comics acclaim, to create the on-going series of ads for the New Orleans-based workers’ comp insurer. This latest Western-themed ad rounds out a trio that to date has included the genres of Martial Arts and Space-Age comics. 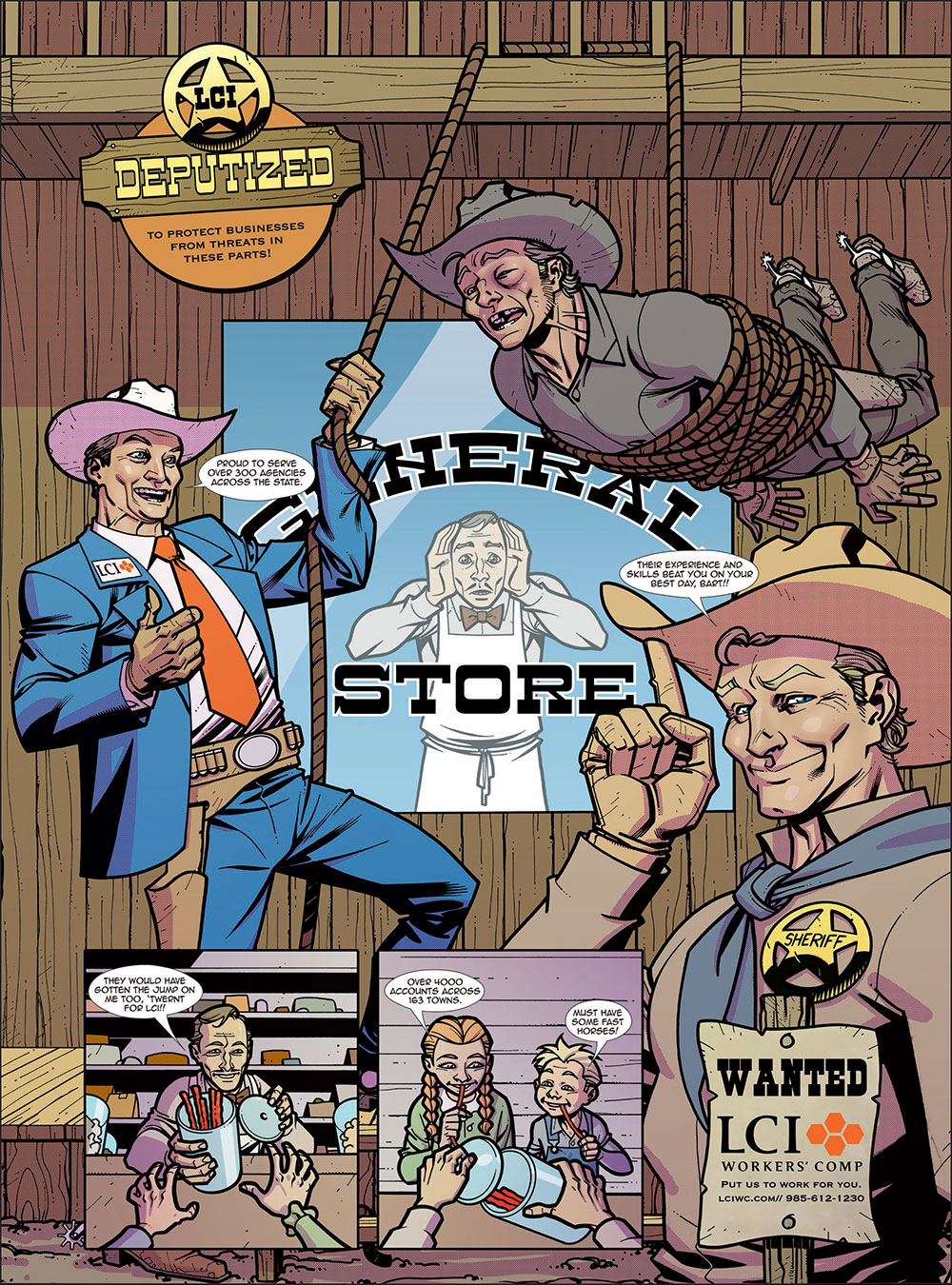