Attack of the Space Sucker!

Introducing the first ad in a new campaign for LCI Workers’ Comp, titled Attack Of The Space Sucker! The series of colorfully illustrated stories are built around the theme of LCI’s heroic exploits as Louisiana’s leading Self Insurers Fund. The campaign is set to run against the business-to-business market in industry pubs across the state throughout 2017. 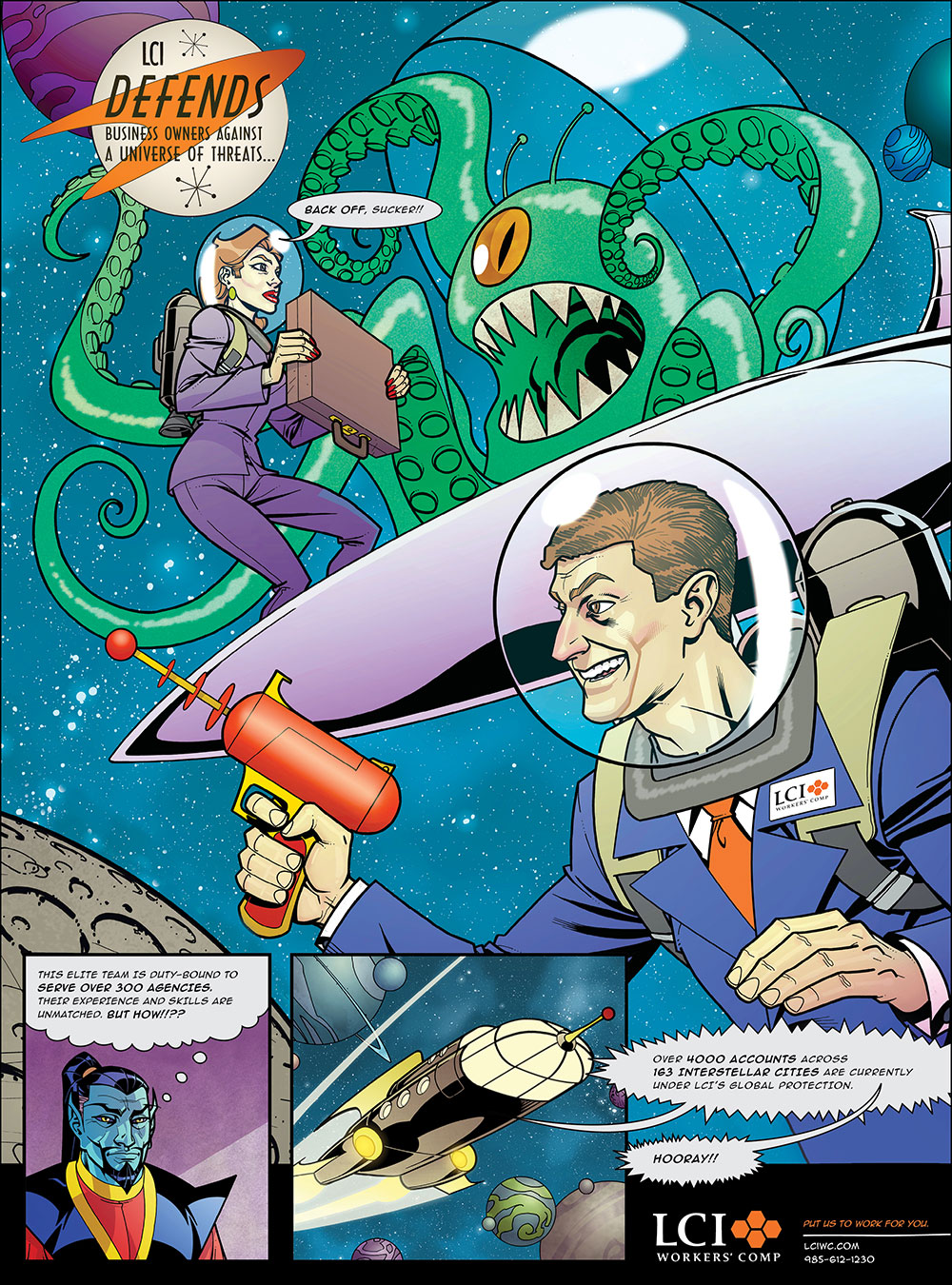